My image of the day is this one, a treasured photograph and the reason for choosing this one ......well what can i say, i adore it so that is reason enough. 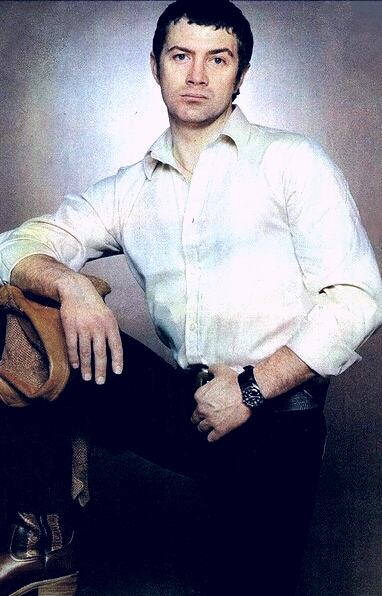 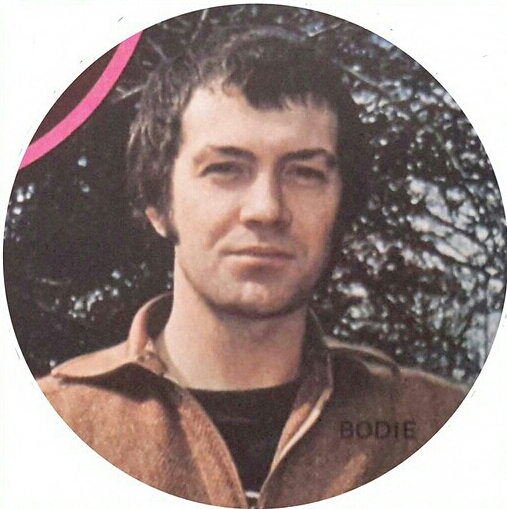 This image i love because.....there are many reasons why i love it, so it's being included in my journal.

I chose these two images today because......i just love both images, and the second one i bought, it is a press release photo, the first image of Mr Cowley is also a promotional photo but not one that i own in my collection. 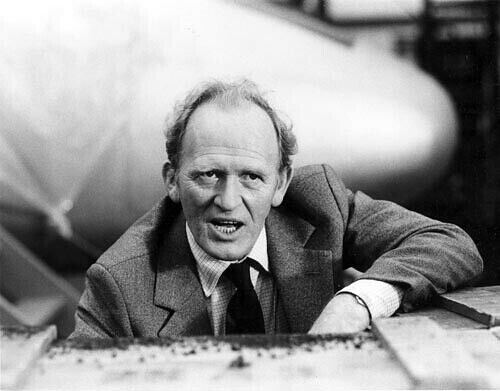 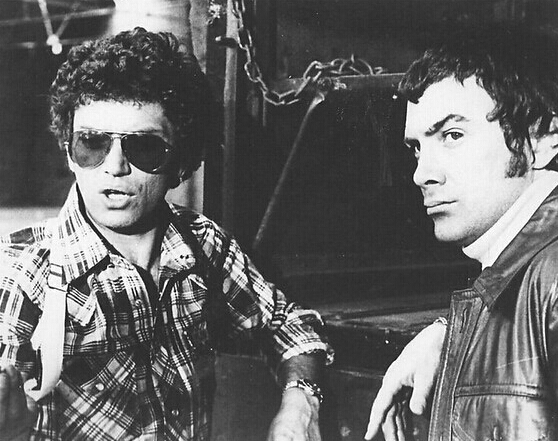 He heard the rush of compressed air and saw Doyle's harpoon strike her just above the ear, saw the gun fall from her hand and, as it hit the floor, fire off a clatter of rounds that jerked him back to reality.
"You...you..." Doyle tried to say something to him, his eyes already moistening.
Cowley heard the crackle of shots, the sudden silence, and then was on his feet, gun in hand, running towards the castle. Behind him the other waiting men were starting to run in too. Ordrrs were being barked now, and lights started to snap on again, to bathe the castle in a pale white light. Cowley reached the moat and stood there, listening to the screech of a winch. The drawbridge began to move, to descend, and Doyle and Bodie were revealed.
Bodie was first on to the lowered bridge. He looked at Cowley and then: "No casualties on our side."
Doyle steped up alongside him. "No?" he said ironicalky. He walked past Cowley and away. Bodie stood and watched him go, the suddenly followed.
Cowley turned to watch them. They were too far away to hear what was said, but he saw Bodie grip Doyle's shoulder and Doyle shake him off. He saw them stop and face each other, and talk, and then finally turn to move on again. Together this time. In step.
Cowley glanced at the sergeant. "Do you know," he said, "I think we may have found ourselves a good team there."
The sergeant frowned. "Looked to me like they were ready to slug each other."
Cowley's eyes twinkled. "A lot of good marriages began that way."

In the centre of the castle was the main hall, a high, vaulted room and above it a minstrels' gallery running around on three sides; a balcony with a planked floor, carved oak balustrade. Doyle and Bodie met there, and cautiously moved to look down on the scene below. The remainder of the hostages were gathered there, tied together in a grim parody of a conga line. Two men, armed, their faces shrouded by woollen balaclavas, stood guard. One was squat and thick-set, the other boyishly slim. The thick-set man spoke now, gesturing upwards as he said : "Carney's a long time on the roof. Shouldn't i go and check?"
The slim man nodded, and Doyle and Bodie drew back as the other man started up the wooden steps that would bring him to their level. Bodie pointed down at the slim man and whispered, " Mister Number One - the leader." Doyle nodded agreement then dropped into hiding behind a long, worm-eaten chest as the thick-set man climbed the last few stairs to the gallery. The man stepped onto the gallery and moved towards the door that would take him up on the roof. Doyle had to admire Bodie's style. He stood just behind the door and his hand clamped over the man's mouth before he hit him low and viciously in the groin. Doyle caught the gun that fell from nerveless fingers, and then the man himself. Bodie grinned. "Like those old Hope/Crosby films. Teamwork." They moved back to the balustrade.
The last terrorist, the slim man, had heard nothing. He had not moved, but remained leaning against the long table, his machine gun pointing at the line of hostages. Bodie tapped Doyle on the shoulder, pointed at the gun he held, then down to the floor below, and drew a finger across his throat. Doyle hesitated. Bodie raised an eyebrow.
"What's wrong?"
"Be just the time for a gun to jam wouldn't it? And him with his finger on the trigger, aiming at those hostages."
Doyle gently put the gun down and then unslung the harpoon from his back, primed it, took aim, and again hesitated.
"Now what's wrong?" Bodie hissed.
Doyle looked at Bodie, then at the slim man down below, then at Bodie again. "I never killed a man before."
"For God's sake." Bodie put an arrow to his Bow and bent it back as he took a very careful aim on the man below.
It was at that moment that the man turned and instinctively looked up and saw Bodie. And he saw her. The Balaclava concealed all but a wisp or two of her blonde hair, but perfectly framed her blue-eyed, luscious-lipped face. Bodie stared at her through the taut string of the Bow, across the hardened steel tip of the arrow and he saw again a girl standing across the other side of a bridge, her face lifted in mute appeal. He watched as shock turned to realisation in the girl's eyes, and she swung the gun round towards the hostages, her finger reaching for the trigger.

Today i want to share with you my favourite song of the moment which in turn defines our lads perfectly (in my eyes), picture those tender moments, those fleeting glances, those safe hands around each other and put them with this song and i'm sure you will love it as much as i do. The band are australian (waves to you, my lj friends over there) called DMA'S and the song is called "silver" and somehow via google or youtube i hope that you get to listen to this because this song is brilliant.....enjoy. 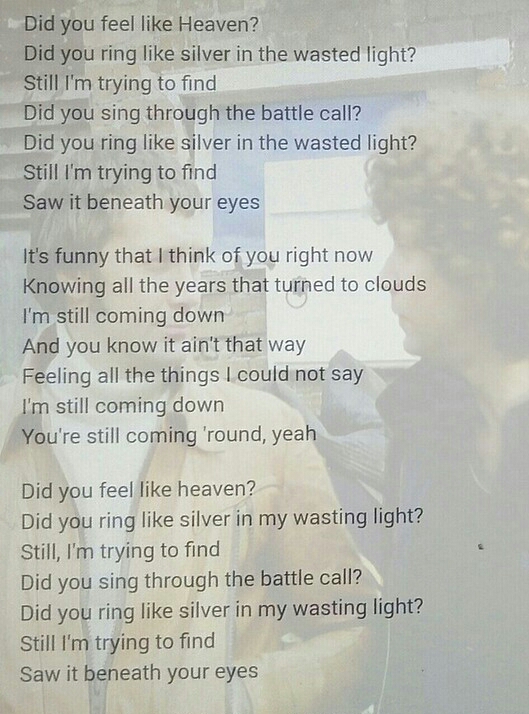 Today i have chosen this promotional shot from the episode "Runner" because if you watch this scene it is Bodie leading with Doyle closely following but this shot has Doyle ahead of Bodie. 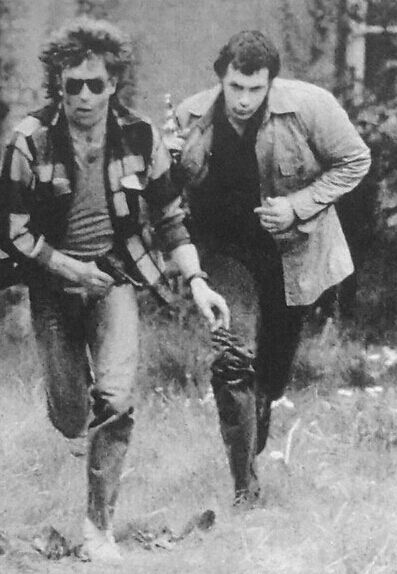 I am not going to start todays posting by explaining why i chose this image or that image or the reason why i chose it in the first place because i have noticed recently that there are less people who want to talk to me, people it seems prefer to press a like button rather than come and speak to me which is fair enough, busy lives etc.... but to communicate is always good. So i got to wondering if this was actually "Brexit" related. Yes i did vote leave but that doesn't in no way alter any european friendships on my behalf, those friends over the border will always remain friends, Nor am i a "racist" a "bastard" or any other name that people choose to fling around just because i see my country heading in a new direction.Yes i did know what i was voting for which is something else that i have experienced and so did more than half the population which is why we are waking up to a new Great Britain, i had my reasons for voting to leave and i stick by those reasons. I am still me, the Lewis Collins, professionals fan that i have always been and no amount of divide will change that. 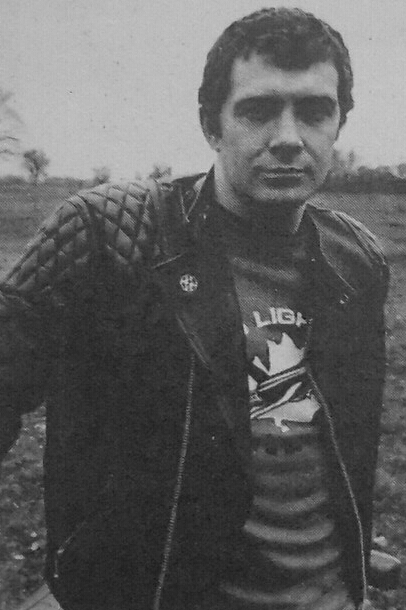 Todays image is projected at Lewis in his role of Sgt Godley. It has been a while now since i watched this and perhaps a chance may arise soon where i can sit down, relax and watch it again. Maybe if i get a spare two hours later i may be able to do just that, In the meantime, here is my image for taday. 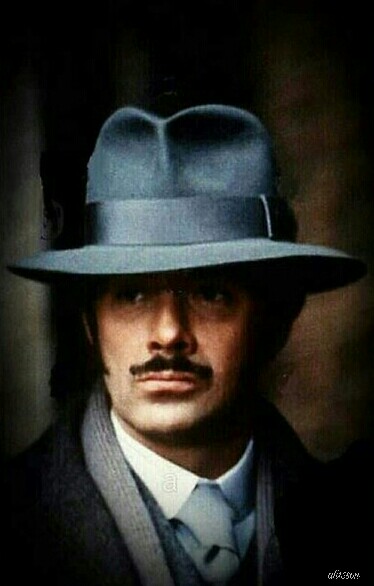 Image created by myself.

I have chosen this image today because Bodie in action is something that i enjoy to see and to me this sums it up beautifully. 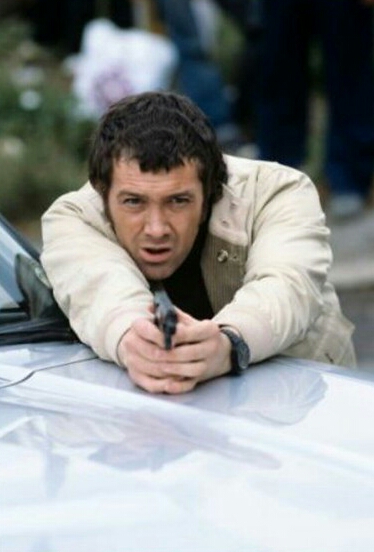