This was a journey like no other and one i will never forget. We arrived in Bath on Friday afternoon and spent our time getting our bearings because Bath is a place i have never visited before. In the evening we visited a few pubs , finally finishing our evening in a pub called "The Garricks Head" this pub is situated in a side street adjoining the theatre next to the stage door. This is when things took an incredible turn. We were sat at a table at the bar near to the door when a woman approached our table and asked if the chair that was unoccupied was availabe, "of course, please help yourself" i said. So she took the chair and sat down at a table behind us, in the meantime a table became available in the corner of the room right next to us, "i'll move here " she said "away from the door" . I nodded at her and left her to it. About ten minutes later who comes walking through the door, Martin and his girlfriend. He took a seat at the table with the woman who had earlier asked for the spare chair. At this point i am open mouthed and trying not to stare. Right !!!! Do i approach him, do i leave well alone, he is now deep in conversation with this woman (maybe it was a family friend,i'm not sure ) but the three of them were discussing the show so i decided to leave them alone. They stayed for about half an hour, nobody approached their table but he did smile and say hello if anyone recognised him, so he got an hello from me.


Saturday arrived in which we spent our time exploring bath.The evening couldn't come soon enough as i was looking forward to the performance. 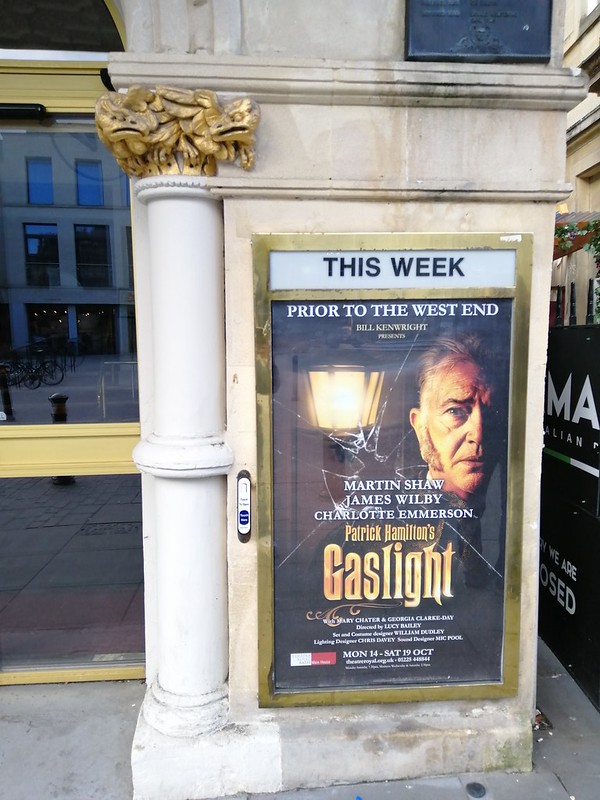 I won't go through the play with you because i think this has already been covered on here but Martin was fun, the audience loved him and i could see more than one resemblance to his character "Doyle". Before too long i had eaten my ice cream, the performance was over and the cast were taking a bow and the lights were coming back on. Out of the theatre now and we decided we would have a drink before the night was over so back around the corner to the pub from the previous night. As we turned the corner i noticed 10 or more people stood outside the stage door waiting for autographs. I don't expect Martin to appear but i approached just to have a look. He appears in a blur , girlfriend in tow , past the autograph hunters and stops within a foot of me, "i apologise" he says "i can't stop to sign autographs tonight, i have a long drive home, i'm very sorry" and with that he disappeared around the corner and away. It's been fun, Martin filled and a wonderful weekend is now over and i am back home. 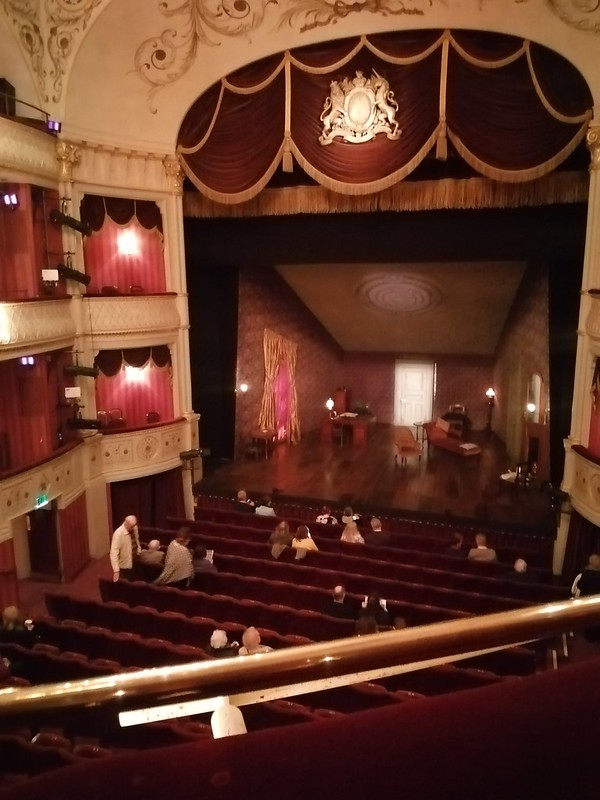 This was my view of the performance from the Dress circle.
Collapse